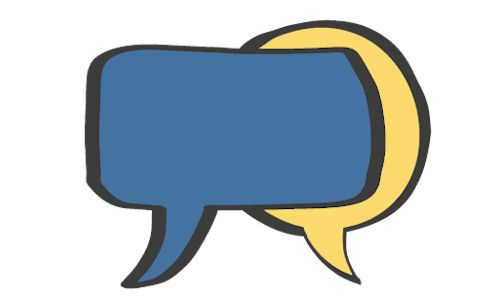 CoramBAAF 40th Anniversary Reception - What do we want from the Children’s Social Care Review?

CoramBAAF celebrated its 40th anniversary on 14th December 2020 with an online reception attended by 244 people. Carol Homden, Coram’s CEO, chaired the event and began by noting that, although CoramBAAF can justifiably look back on a host of achievements including its strong support for the family placement sector during the Covid crisis, the focus of the reception was on looking forward and would consider what kind of children’s care review is needed to result in the longstanding positive change that is necessary if we are to do the best for children.

John Simmonds, CoramBAAF’s Director of Policy, Research and Development emphasised the need to build on learning from within the sector over the past 40 years, rather than ‘start again’. He stressed the significance of the first 1,000 days of every child’s life in influencing the next 300,000 days (on the assumption that we typically live to age 80) and highlighted the centrality of a child’s need for ‘permanence’ in it various forms as well as vital support for the child’s carer. Download John's presentation in full here.

John stressed the importance of services delivered on the basis of relationships that are ‘safe, open, honest, warm and empathetic’. His hope was that the Care Review would recognise the fundamental importance of the relational nature of children’s services.

Linda Briheim-Crookall, CoramVoice Head of Policy and Practice and Shabnam Karmizada, a Voice care-experienced consultant, were clear that the Care Review must listen to the views and experiences of children in care and those that have experienced the care system. The key was to learn what had helped make their lives better and what had not. The Bright Spots project, developed with The Rees Centre, Oxford University, has developed a set of indicators derived from surveys that have collated over 14,000 ‘care experienced voices’. Shabnam and Linda stressed that these indicators can help shape a care system that not only keeps young people safe, but helps them to ﬂourish, by designing services and providing support focused on what well-being is to them.

Jenny Coles, Director of Children’s Services in Hertfordshire and the President of the Association of Directors of Children’s Services (ADCS), described CoramBAAF’s work as ’like a blanket that wraps you – sharing and promoting evidence-based practice’. She identified four themes for the Care Review to address – tackling immediate issues; following evidence based-practice; supporting children within their own families; and ensuring that care experienced children and young people are involved in the Care Review from the very beginning. She highlighted the need for sufficient carers for children and young people; the importance of responding to unaccompanied asylum-seeking children with understanding and compassion; and the value of successful support programmes for carers such as Mockingbird.

Vicky Ford, MP, Parliamentary Under Secretary of State for Children and Families concluded the reception by praising CoramBAAF’s contribution and highlighting the government’s commitment to supporting vulnerable children. She noted the emphasis on inclusivity within the recent national adoption recruitment campaign and thanked adopters, foster carers and staff working in the sector. The Minister was also able to announce the appointment of the new chair of the Adoption and Special Guardianship Leadership Board (ASGLB), Dr Krish Kandiah, the founder of Home for Good.

The Minister emphasised that the forthcoming independent review will be ‘bold’ and will ‘take a forensic look at children’s social care’ and that she will announce the details ‘really soon’. She also said that the sector should expect a positive announcement about the Adoption Support Fund before Christmas. Many comments and questions were captured on Twitter #CoramBAAFCareReview and in the Zoom chat. Download the summary of Zoom chat comments and questions put forward.

40 years of childcare practice and research

To celebrate BAAF’s/CoramBAAF’s 40th anniversary this year, this member-only October edition of Adoption & Fostering will be accompanied by a special anniversary supplement featuring 12 key articles reprinted from the period 1980–2019.