Professor Mark Doel is the curator of the virtual exhibition Social Work in 40 Objects. The exhibition now contains photographs of more than 160 objects and their stories contributed by people from around the globe. Mark’s work has important links with other innovative social work practice initiatives which are using objects to build emotional and social literacy in children, families and social workers such as Kitbag.

In July 2021 a Centre for Social Work Innovation and Research symposium considered everyday objects in the context of social work practice and research.

We engaged with the stories featured on Mark’s website - including a model of Postman Pat shared by Shelia:

… he (I call him Patrick) was hand crafted by one of my sons (now aged 35) when he was 5 or 6 years old. Patrick came to work with me and has been a permanent feature on my desk for around 29 years. Throughout my social work career I have had Patrick with me as a constant reminder that although I have been duty bound to take the needs of other people’s children as being paramount, within my personal life ‘my own boys’ always had priority. Managing child care and protection issues as a professional worker and balancing this with my own parenting was always a complicated process which invariably involved issues of guilt and self-doubt.

Symposium participants were invited to bring objects to introduce their relationship to research. Dr Rachel Larkin brought a rhombus shape made out of sticks and blue-tac:

I made it with my son during the first UK COVID lockdown. There are some shapes you can make alone but some need more than one pair of hands. For me it represents the collaborative nature of research and how enjoyable and productive it can be to create something with others. As a shape it’s playful and tactile, and you can turn it round and look at it from different angles – just as people see things differently in research processes, depending on their position. The rhombus is rigid and feels strong but it is also fragile. Mark’s presentation was fascinating. I’ve been looking more at the objects I have around me, and reflecting on how they can be representational, metaphorical and historical. They fix us to a particular time and/or to meanings that can be so rich and powerful to explore. I’ve been reflecting on my own social work career and on my current challenge of bringing that into my teaching and research. I’d like to make use of this idea of staying in the moment with an object and using it as an anchor to unpick what significance it has. If this could be done collaboratively then even better.

These were warm and lively conversations, as objects helped make connections across the virtual space.

My partner and I didn’t know each other too well, but immediately as we started sharing our objects, common ideas were generated about our complex relationship to research. The objects helped us to think about our feelings of ambivalence and hope in relation to doing research and being researchers. The pencil sharpener became a doorway into thinking about how the research process can sometimes be painful, as we have parts ‘shaved off’ so that we can be more precise in our work and how this happens in the hope that we can create work that is beautiful and communicative.  Reflecting on scented oil, led us to thinking about trusting less conventional and more intuitive pathways through research - particularly in the writing process - which we compared to using a sense of smell, rather than a map, to get home. So these small objects, in a very short amount of time, helped us to access and share many layers of meaning.

In December 2020 Mark and Katie Wrench led a CoramBAAF Kinship and Story Work webinar focusing on objects. Therapists, academics, researchers and social workers responded to the invitation to bring their own personal objects and to use these objects to talk about their work. In small groups participants shared their objects and told their stories. One participant had brought a 50-year-old artificial Christmas tree that had been passed down in her family; another had a clock that her grandparents had brought with them from 1930s Germany when they fled the Nazis.

Through Katie’s presentation participants considered the role of transitional objects. Katie, a registered social worker, art therapist, trainer and educator, shared a video of herself in conversation with Annie, a kinship carer who had adopted her nephew. Annie talked about the importance of “Big Dog”, a cuddly toy that her nephew had when he came to live with her and her husband at the age of four. Annie and her husband needed Katie’s support to understand their own feelings of shame and anger at the abuse suffered by their nephew. In working together (and with the help of Big Dog), they developed a story that gave them coherence as a family. 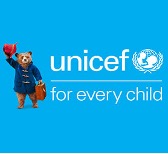 Paddington Bear is also proving to be a gift of an object to create story-work with young people. Pauline Thornley of Kinship Carers Liverpool explains that the discovery of his ‘perfect fit’ came about by accident:

We were looking for Kinship ‘mascots’ on the internet and up he popped. We realised that Paddington Bear was a Kin Kid raised by his Aunt – but he was the also the UNICEF Mascot and travelled the world. This was at the time our young people were involved in Liverpool’s journey to become a UNICEF Child Friendly City. We decided to sponsor them via the Paddington Bear journey. This enabled us to talk about the importance of UNICEF work, while then receiving postcards from Paddington from different countries that he visited. We then used these postcards to find out a bit more about that country and how Kinship was understood in those countries. So, while we just stumbled on this and ran with it, we could not have planned it better as ‘object-based work’.

We did realise from early on that Paddington fulfilled most of the aims that we have within our work, raising awareness of Kinship – reducing stigma for our families – there are Kin Families in every country and creating an identity, while also raising aspirations -look at Paddington travelling the world, what would you like to do, where would you like to go? While Paddington was used in a fun way in our monthly group sessions it would stimulate conversations around Kinship in a non ‘support group’ kind of way. Paddington helped our young people let their stories unfold.

Paddington’s story touches on loss, suffering, difference, hope, adventure and belonging. The Michael Bond stories are rich and funny. Seamlessly and playfully connecting to many of the issues and complexities of kinship life. As a teddy bear his most significant role and important work will be for comfort and cuddling. As Doel (2020) notes ‘… the most satisfying objects are those that have immediate appeal at a surface level, yet are capable of being unpeeled to other meanings’. In this context Paddington is a most satisfying object.

In April 2021 the CoramBAAF Foster Carer Advisory Committee used objects in their inaugural meeting. 16 foster carers from across the country used objects to talk about their relationship to foster care. Darryl brought his father-in-law's fedora to the screen. We learnt about this man’s life as part of the Windrush generation. Darryl connected his father-in-law’s love, dignity and strength to his identity as a foster carer. Through these conversations we found connections to each other and to sometimes surprising aspects of our identities. Objects proved to be helpful tools in advancing the work required of the committee.

Anyone interested in objects, social work practice and story work is encouraged to explore the work of Kitbag and to visit Mark’s website Social Work in 40 objects and discover/contribute to this growing treasure trove. As Mark says ‘each object proposed is a gift to social work’.

Objects and their stories

This six part course will demonstrate how objects can evoke, release and relieve emotions. How they can become a safe home for these feelings, and how a focus on objects can free the imagination and promote creative practices and relationships.