CoramBAAF is governed by an independent Board of Directors. It is a medium-sized organisation, divided into three teams: 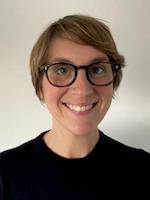 Ellen was appointed Managing Director in February 2021. She previously held the role of Director of Children and Families at NatCen, the UK’s leading social research organisation, and was previously Chief Executive at Coram Family and Childcare, where she worked for five years, and led the merger of into Coram in 2018. She brings over 15 years of experience of strategic leadership, research, policy, advocacy and communications from previous roles including at the Children’s Society, the National Autistic Society and Parliament. 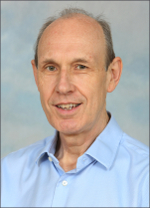 John is a qualified social worker and has substantial experience in child protection, family placement and residential care settings. He is currently responsible for CoramBAAF’s contribution to the development of policy and practice in social work, health, the law and research. John’s recent research has focused on unaccompanied asylum seeking children in foster care with the Universities of York and Bedfordshire, a study of 100 women adopted from Hong Kong into the U.K. in the 1960s with the Institute of Psychiatry and a DfE funded study on Special Guardianship with York University. John sits on the Adoption Leadership Board and the DfE’s Advisory Group on Adoption Support. He was awarded an OBE in the New Year's Honours list 2015. 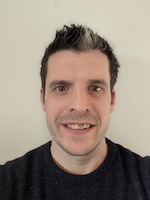 James joined CoramBAAF in January 2022. James has over 7 years’ experience working with directly with children. He has worked as children’s Guardian and Family Court Advisor at CAFCASS and as a social worker in London and Norfolk operating in a safeguarding role. Prior to becoming a social worker James has worked in public affairs for The Children’s Society and NSPCC and as a researcher in Parliament. He brings a mixture of practice, policy and influencing skills in the children’s sector to CoramBAAF. 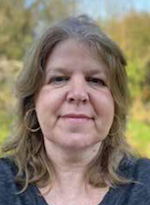 Jane joined CoramBAAF in 2021 as a qualified Social Worker with over 15 years' experience in fostering and adoption, assessing, matching and supporting adopters, alongside training prospective adopters.  Jane has experience in working for both LA’s and VAA and was involved in the development of the Regional Adoption Agencies in the South West.  Prior to joining CoramBAAF she was Agency Advisor in Somerset, for both Fostering and Adoption Panels as well as coordinating Agency Decisions for Children, amongst other pieces of work such as researching Long Term Placement endings. 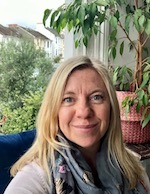 Emma started working at CoramBAAF in October 2021. She is a qualified social worker, with over 25 years of experience in children and young people’s services. She most recently led a fostering team in Brighton and Hove City Council for five years. Emma led on step down placements, for children and young people moving from a residential setting back to living with a foster family. Emma has also worked in child protection, on establishing the young carers project in Tower Hamlets, co-ordinating the Summer University for young people in Brent, and on a service redesign for local authority and voluntary youth services in Brighton and Hove.

Ann joined CoramBAAF in February 2022 alongside jobshare partner, Clare. Ann has been a local authority social worker in children's services for 20 years. She has worked in kinship care for the last 14 years and for 7 of these co-managed a dedicated kinship care team in Brighton and Hove. Ann contributed to the development of best practice models within the Brighton and Hove Team, and some of her work locally later contributed to wider national policy developments around kinship assessments. Ann also took a lead in developing comprehensive kinship support services, ensuring kinship carers in Brighton and Hove were well served by a range of available supports.

Clare joined CoramBAAF in February 2022 alongside jobshare partner, Ann. Clare is a qualified social worker with over 20 years’ experience in Children’s Services. She has managed a children’s social work team in Brighton & Hove, helping to implement a new relationship-based practice model as well as previously having responsibility for staff in fostering and fostering support teams. Clare has worked as a freelance social worker for the last four years, specialising in Kinship and adoption assessment and support as well as working as an independent auditor for an IFA. Clare is a qualified trainer with experience of delivering the Separated Parents Information Programme in Sussex.

Ellie graduated from Manchester University with a nursing degree and worked as a nurse, midwife, health visitor and specialist public health practitioner in the NHS for 25 years. She was a designated nurse for looked after children for 14 years and chaired a regional LAC nursing network. During this time she was also involved in a joint project with the National Children's Bureau focusing on inequalities in health experienced by looked after children. Ellie joined CoramBAAF in 2017.

Leonie works with CoramBAAF on a sessional/part-time basis. She has worked in the public and private sector, where her primary focus was law relating to State intervention in the lives of children and their families. She has also worked in the voluntary sector where she has been involved in research and policy work.

Danielle manages the business support function in the PRD Team alongside Daniel Murdoch. She previously worked at The Children’s Society and brings over 20 years’ experience in the field of business support for the voluntary and charitable sector.

Dan provides business support to the PRD Team and joined CoramBAAF in 2020, having previously worked at the Consortium of Voluntary Adoption Agencies.

Pippa joined CoramBAAF in 2017 as the dedicated adviser for the members’ Advice Line and as a trainer-consultant. Prior to that she has over 30 years’ experience in the voluntary sector, working with parents and carers in disability and health services and as an advice professional. Since 2006 she has worked for national services in fostering and adoption first with the Fostering Network, Fosterline and then as lead adviser with First4Adoption. She now manages CoramBAAF’s advice and information team and takes the lead in responding to policy and practice related enquiries from members, coordinating responses from other CoramBAAF consultants when appropriate.

Erica joined BAAF/CoramBAAF in 1993 and has held a number of different roles. Erica provides support to the advice service and the wider team. She has her own caseload of enquiries to the advice line and helps ensure all enquiries are answered in a timely way. Erica administers a number of practice forums, working with CoramBAAF colleagues to set dates, manage attendance list and mailings and respond to enquiries and requests from new attendees.

Katrina joined BAAF in 2002 after 15 years working in university and hospital libraries and now jobshares the role of Information and Knowledge Services Manager at CoramBAAF with Teresa Lewandowski. Katrina and Teresa work together to support the information needs of CoramBAAF members and staff by delivering the Digest current awareness service, providing briefings for practice forums, maintaining our library collection, and carrying out literature searches and providing statistics in response to enquiries. Katrina also works on the Adoption Search Reunion website and is joint Data Protection coordinator for CoramBAAF.

Teresa joined CoramBAAF in 2022 as an Information and Knowledge Services Officer. Previously she worked at AARP as a research librarian and at the United States Congressional Research Service as a librarian in residence. Teresa works with Katrina to support the information needs of CoramBAAF members and staff by delivering the Digest current awareness service, developing our library collection, and carrying out literature searches and providing statistics in response to enquiries.

Michelle joined BAAF in 2005, initially providing marketing support to the publications team. In recent years she has overseen marketing activities, including the CoramBAAF website, across the organisation and in 2019 was appointed to the role of Head of Membership Services. She brings over 25 years of experience of marketing, communications, publications and strategic planning from previous roles including at the Design Council, WaterAid and City & Guilds.

From an IT background and with over twenty years' experience in the membership sector, Richard joined CoramBAAF in 2019 after previous engagements with Electoral Reform Membership Services and the TUC affiliated trade union BECTU.

Rosie initially joined CoramBAAF in her role as Business Support within the CPD Team, helping to coordinate training events. Rosie has since become the Membership Officer and works with Michelle and Richard in the Membership Team.

Jo commissions, edits and produces books and other resources, working closely with colleagues to ensure that these are accurate and meet members’ needs. CoramBAAF’s electronic licence scheme and Adoption & Fostering journal also come within her department. Jo has worked at BAAF/CoramBAAF since 2002, in various roles, and has family experience of adoption.

Suzanne Walker, Team administrator and PA to the Managing Director

Suzanne has worked for CoramBAAF since May 2019 and is responsible for all administrative and business aspects of the Publications team’s work including sales, finance and marketing. She also works closely with Ellen Broomé, providing administrative support and diary management.

Victoria produces CoramBAAF's quarterly journal, Adoption & Fostering in collaboration with the Commissioning Editor, Roger Bullock and Sage Publications. She has a background in higher education teaching, research and academic publishing and has previously worked at institutions including the Royal College of Psychiatrists and the University of Nottingham.

Carrie joined as the Licencing Officer in February 2021 after previously working with Coram Beanstalk. 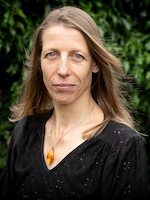 Hedwig is a therapeutic social worker who has worked in adoption and special guardianship support services in LA and VAA environments since qualifying as a social worker in 2010. She was part of the small team who set up a Centre of Excellence in Adoption Support partnership service in 2013, which later became the Centre for Adoption Support at Adoption Matters. Hedwig’s therapeutic work is informed by Dyadic Developmental Psychotherapy (DDP), as well as body-based approaches. Her areas of special interest are Child to Parent Violence and Aggression and the experiences of adopted young people and adults. She is currently undertaking research into birth parents’ experiences of trauma.