CoramBAAF's Board of Directors meets on a quarterly basis. Board members come from different disciplines and include representatives from our membership. 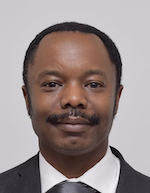 Andrew has been the City of London Corporation’s Executive Director of Community and Children’s Services since 2017. He is responsible for the provision of housing adult social care and support, education, family and children’s services. Before joining the City of London Corporation he was the Head of Children’s Social Care at Thurrock Council in Essex. He has over 20 years of experience across child and family social work having obtained a Masters in Social Work from the University of Sussex in 1994.

John is the Independent Pension Board Chair for Dyfed and Tower Hamlets council pension funds. He has worked as the Director of Finance for two London boroughs and is a former Director at the Mayor of London's office.

Maswood has over 25 years' experience working in children's social care, including many as a manager in local government. Between May 2008 and July 2015 he was a trustee of BAAF, where he was an active member of the Audit, Risk and Compliance Committee (ARCC). He has experience providing training and consultancy to charitable organisations and is the Chief Executive Officer at Inspireamillion.com.

Ziafat is the Founder and Chief Executive of Olive Branch Fostering. As a former educationalist and accomplished executive director, he brings with him a wealth of knowledge and experience. Ziafat is experienced in leading children’s services through strategic planning, partnership working and setting standards. His passion for helping vulnerable children in society drive his efforts to ensure the best possible outcomes are achieved for children and young people.

Jennifer has been a member of a fostering panel for an independent fostering agency and is a Parent Consultant with Adoption UK. She recently completed an MSc specialising in NGO Management and previously worked in management consultancy, which involved setting up her own business.

Carol is a member of the National Adoption Recruitment Forum & Adoption Leadership Board. Carol started her career setting up print media enterprises in East Anglia before moving to London as a freelance arts journalist and editor. She then became Director of Marketing and Development at the University of Westminster, later moving to the British Museum in 1999 as its first Director of Marketing and Public Affairs. Her affinity for improving the lives of young people motivated her to accept the position of Commercial Director for the Prince’s Trust in 2003, where she was responsible for all aspects of income generation. Carol became Chief Executive of Coram in April 2007. She is Chair of the National Autistic Society, and a member of the Department for Education’s Children’s Interagency Group (CIAG) and the Youth Justice Board for England and Wales. Carol was awarded a CBE in 2013 for her contribution to services for children and families.

Geraldine is the Director of Information and Knowledge Management at the Commission for Social Care Inspection. She is the Visiting Professor of Social Work and Applied Social Studies at the School for Policy Studies at the University of Bristol, and previously served as the Archie Cochrane Research Fellow at Green Templeton College, University of Oxford. Geraldine has been Co-ordinating Editor of the Cochrane Developmental, Psychosocial and Learning Problems Review Group since its establishment in 1998.

Carolyn is a Designated Doctor for Safeguarding Children within Public Health Wales NHS Trust, and has led on service development relating to health provision for looked after children and adoption across Wales. She also acts as a Medical Adviser in Adoption to two local authorities in South Wales. She has served on the CoramBAAF Health Group for many years.

Velou Singara manages the Coram Group Finance and Resources. Velou is a graduate of Mechanical Engineering and completed his Master of Business administration in Finance and Information Systems. Velou has 20 years of Financial sector experience, working in managerial positions in different sectors including commerce, industry, education and the voluntary sector. Velou is Qualified by Experience and also a part qualified member of Association of Chartered Certified Accountants in UK. Velou has contributed to the development of financial regulations for charities under the Statement of Recommended Practices (SORP) to the charity commission and was a member of the HM Revenue & Customs consultation group on Vat reforms for charities.

Mel is a criminal defence solicitor who has specialised in representing young and vulnerable defendants.

Judith is a Child and Adolescent Psychiatrist formerly working  at the Tavistock Clinic. Judith is also a professor of child mental health in the West Midlands, based at Worcester University. In addition she is a psychotherapist and has undertaken clinical outcome studies to explore the better outcomes for abused girls and depressed young people amongst other studies. More recently, Judith has consulted to organisations for troubled and abused children and is conducting research on what helps to produce the best outcomes. Judith is a trustee and founder of Young Minds.